Freising is among Bavaria’s most important historic cities, and looks back on over a thousand years of history. The Cathedral, emblem of Freising and a centre of learning for centuries, towers over the city and is visible for miles around. On the neighbouring hill stand the Life Science Faculties of Munich Technical University and Weihenstephan College, representing the modern, future-oriented face of Bavaria. It is this interplay of old and new that creates the vibrant, warm atmosphere of Freising’s historic old quarter, crammed with fascinating sights and a wide range of restaurants and bars. Close to Bavaria’s capital of Munich and convenient for Munich Airport, Freising is a popular location for conferences and congresses as well as an excursion destination for culture enthusiasts.

Freising is approximately 30 kilometres north of Munich on the River Isar, and is only a few minutes’ shuttle bus ride from Munich Airport. The heart of Munich, the famous Marienplatz square, can be reached in around 30 minutes by rapid transit train. Motorway connections (A9 and A92) are ideal.

The Cathedral is one of Bavaria’s most important religious buildings. Fully restored in recent years, it is now once again a resplendent Baroque masterpiece including elements from its Romanesque and Gothic past. The ceiling frescoes by famous artist Cosmas Damian Asam depict scenes including the founder of the bishopric of Freising, St. Korbinian with the bear. The painting on the High Altar shows the Woman of the Apocalypse and is the work of Peter Paul Rubens. Other essential sights are the Romanesque crypt with its cryptic, still-unfathomed Beasts’ Pillar, and of course the Cathedral Museum. Weihenstephan Hill, with the “oldest brewery in the world“, formerly housed a monastery; today it is a popular place for a stroll among the artworks and model gardens of the University.

A variety of guided tours are available, also offered in English. They include tours of the city, Cathedral Hill, gardens, costume tours or brewery tours. 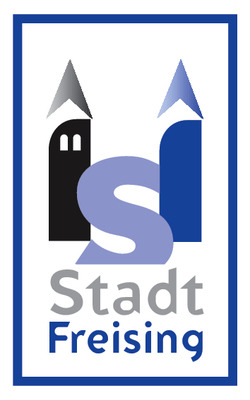